Best Fish For Your Aquaponics System 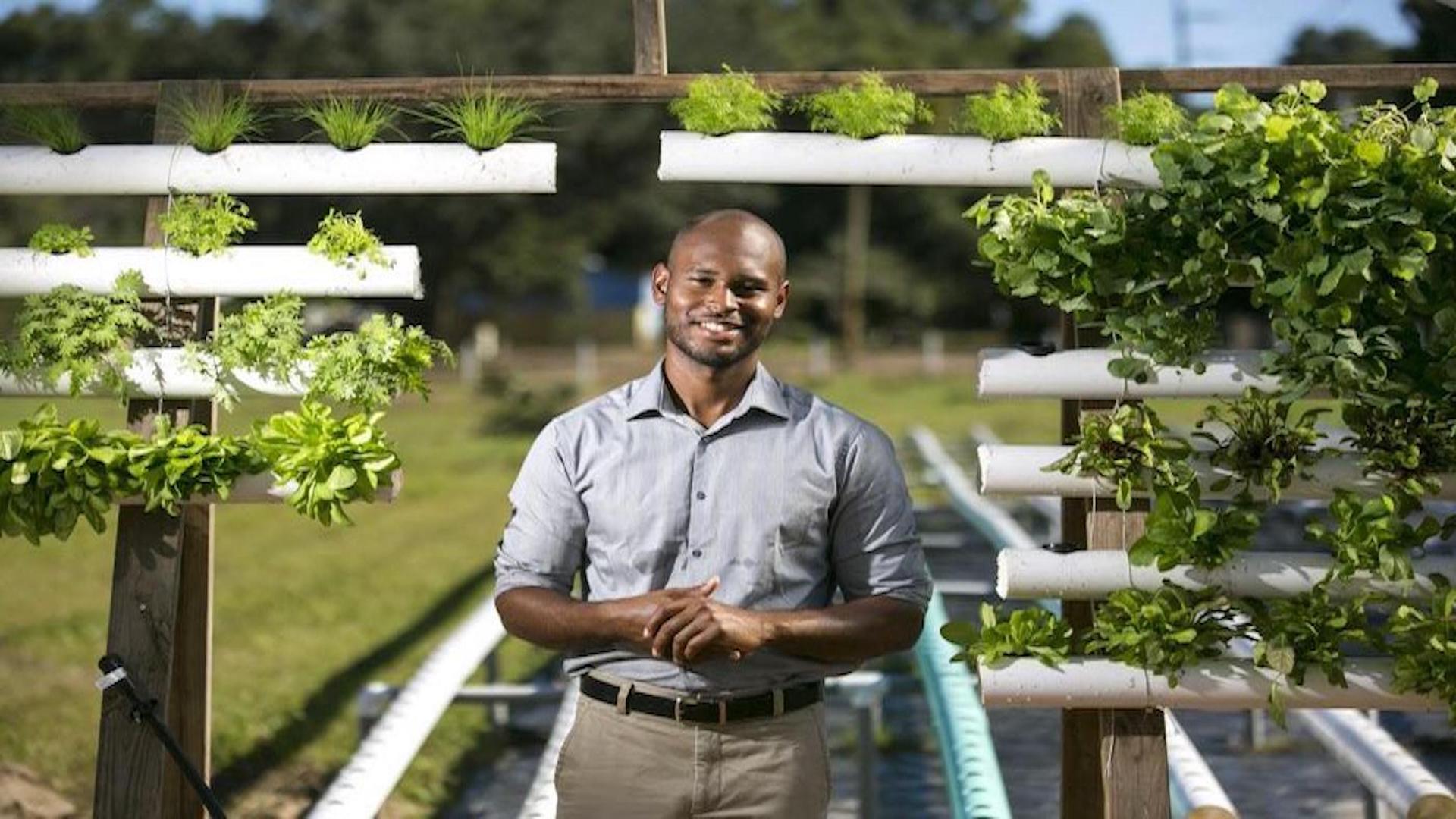 Which fish Is best for my aquaponics system? This inquiry is made by many students entering the field of aquaponics, and it is a very pertinent question so let’s talk about it!

There are a few areas of consideration that you should keep in mind while deciding the fish that is most suitable for your aquaponics system. You should take out a piece of paper and follow along with the considerations that are laid out in the next section to see which fish works best for your situation.

Now that we’ve covered some of the more important considerations for fish selection in aquaponics, let’s discuss some of the fish that have been previously used in recirculating systems so you can get a general idea of some of your options. 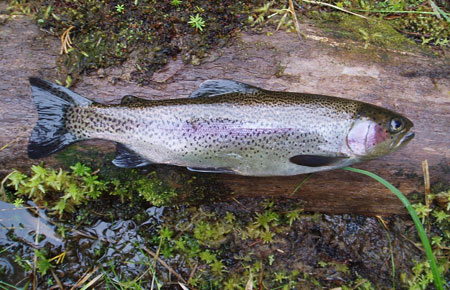 Rainbow trout are a native species to lakes and streams located on the pacific coast of North America ranging from southern Alaska down to northern Mexico. Rainbow trout prefer cold water, and best feeding habits are observed when the water temperature is maintained between 14 to 16°C (57.2 - 60.8°F) (1). Rainbow trout have been traditionally used as a sport fish, but are also a highly delicate table fish consumed by many especially in the northwestern parts of the United States. These fish do exceptionally well in recirculating systems and are highly adaptable to crowding. A harvestable size fish is typically falls within the weight of 10 to 14 ounces (0.28 - 0.4 kg), which can be obtained in as little as 10 months (1). 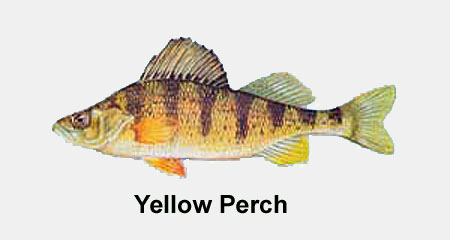 Yellow Perch are found naturally in the region of the Great Lakes and Mississippi River basin. They are a cool water species with a preferential water temperature ranging from 23−26°C (73 -79°F) (2). Exposure to temperatures above 26°C (79°F) increases risk of disease and reduces growth (2). Yellow perch perform reasonable well in high density systems and can endure crowding and handling as long as temperatures are maintained below 24°C (75°F) (2). Harvestable size of this fish ranges from 120 - 150 grams and can be obtained within one year if optimum temperatures are maintained. 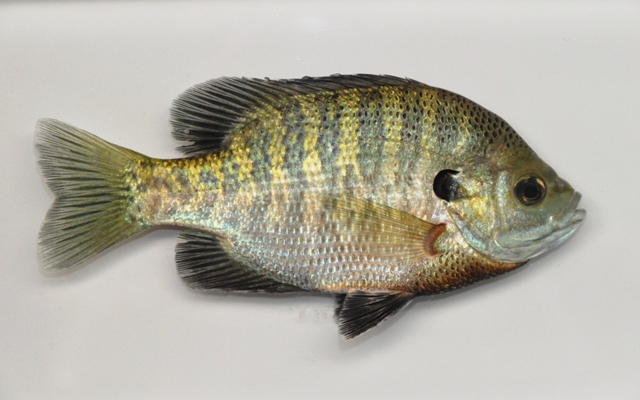 Bluegill are native to quite a large region ranging from parts of Canada stretching down to northern Mexico. Bluegill is a highly respective table fish in parts on Wisconsin and has reputed as the “bread and butter fish” due to it’s enjoyable taste (3). This species of Sunfish is typically accepted at a market size of 3/4 - 1 1/4 lb, which typically takes more than three years to obtain (3). Although bluegill are suitable for tank culture, they are probably most appropriate for personal use instead of commercial production due their prolonged growth period. The optimal water temperature 20–31°C (68–88°F) with the greatest grow occurring at a temperature of 31°C (88°F) (4).

Barramundi is an established table fish in countries such as India, Thailand, Vietnam, Malaysia, and Australia. These fish are protandrous hermaphrodites meaning they start their lives as male and then progressively change into females as they mature (5). This change from male to female is said to occur only in saltwater while barramundi that remain in freshwater will remain male in gender (5). Barramundi are a warm water fish that prefer water temperers within the range of 26 to 30°C (78.8 to 86°F) for optimal growth (6). Fingerlings can be reared to a tables size fish weighing 400 to 600 grams (14.12 to 21.16 ounces) in a matter of 12 months (6).

Channel catfish are a popular protein source particularly in the southern states of the United Sates. They are a warm water fish that grow well when temperatures are maintained between 23° to 30° C (73 to 86° F), and optimum growth occurs at 29.4°C (85°F) (7). Channel catfish do reasonably well in recirculating systems and can achieve a weight of 1 1/4 pound at approximately 18 months of age (7). The downside of growing catfish in highly dense areas is their susceptibility to disease such as columnaris when temperatures are on the high end for optimal growth (8). 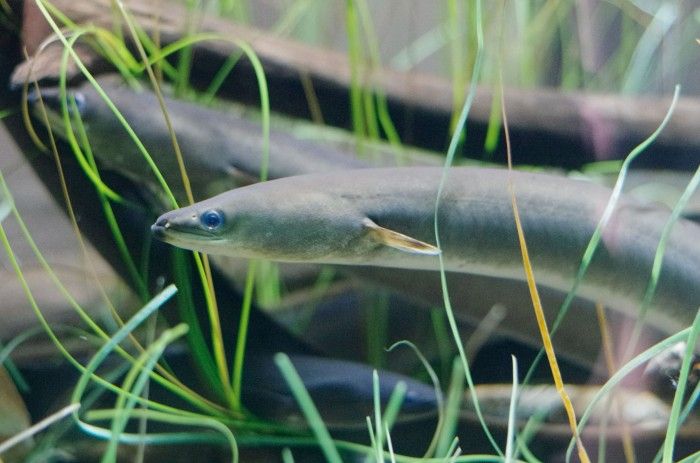 Glass eel are exception performers in recirculating systems with stocking densities ranging from 30 - 150 kg per cubic meter of water volume (8). They are a warm water species with peak growth occurring when water temperatures are maintained at 23-36°C (73.4 -96.8°F). They are reported to have an expected feed conversion ratio of 1.5 -1.6 which is good news for those looking to raise fish commercially (8). Glass eel have been successfully raised in recirculating systems in various parts of Europe to include countries such as the UK, France, Italy, Spain, and Portugal (8). They are consumed at high rates in the Japanese markets, but have not yet gained acceptance in the United States marker due to their snake like appearance. 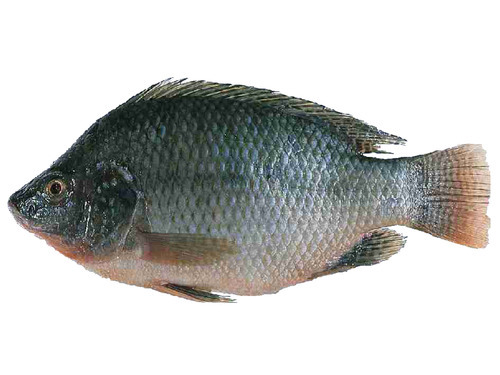 Tilapia have been raise successfully in a number of recirculating systems for a number of years due to their hardy nature of being disease resistant and adaptable to poor water conditions. Tilapia are a warm water fish that thrive when temperatures are maintained within the range of 28 -35°C. A feed conversion ratio of 1.4 to 1.8 can be assumed with good feeding practices and quality pelleted feed. The accepted market size is generally around 1.5 lb for tilapia, but size can vary from as little as 3/4 lb to as high as 2 lb depending on the market demand (10).